Enlisted Ranks in The Wrong Side of Space

I’ve previously blogged about the officer ranks of the three navies in the TCOTU universe, but today let’s talk about the people who really get the work done.  This has been a long time coming.  Below are the enlisted ranks for the Hollaran Marines and the Brevic Navy.  It’s a minor spoiler alert for Book Three in that, obviously, Hollaran marines play a role in the book but considering the alien threat introduced in Book Two, it’s no big surprise that marine contingents may step onto the stage. 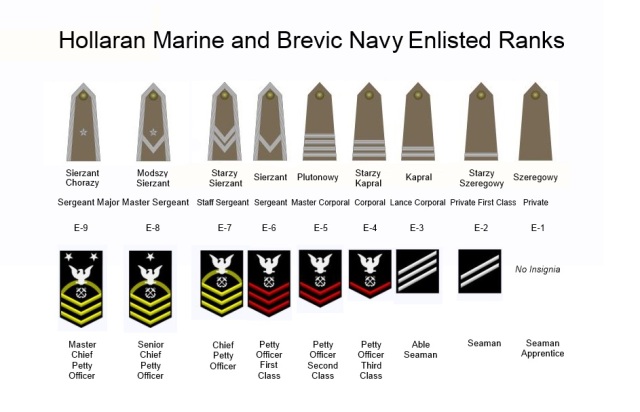 The Beta Readers are progressing through The Wrong Side of Space.  I’ve gotten very encouraging feedback from them so far.  I’m still on track for a Late Spring/Early Summer release.  Thanks for your patience!

This entry was posted in Personnel and tagged ranks, The Wrong Side of Space. Bookmark the permalink.
%d bloggers like this: