No Way to Start a War

Fair Warning: Contents on this page may spoil some outcomes of Book 1 (This Corner of the Universe), and certainly provide setting and character details and extras for Book 2.  In particular, the ship and personnel org charts may be considered spoilers for certain characters in Book 2. 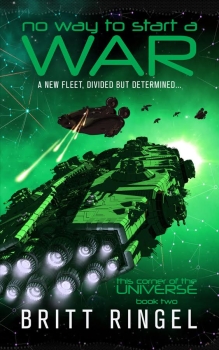 Garrett Heskan isn’t sure which is worse… going to war against the Hollarans while commanding an untested starship, or reporting to Lt. Commander Durmont. Lieutenant Heskan knows his escort destroyer, BRS Kite, must protect the fleet carriers assigned to Durmont’s squadron, but Kite is fresh from the yards and its revolutionary weapons system won’t stay online. Add to this Durmont’s inability to think beyond standard naval theory, or his own career, in the face of the Brevic Navy’s first foray into stellar aviation, and Heskan’s work is cut out for him.

Blog Posts About No Way to Start a War

About the F-3 Pup

Garrett Heskan commands BRS Kite, an escort destroyer within CortRon 15 (escort squadron), which in turn is attached to Task Group 3.1 within Third Fleet in the Brevic Navy.

Book 2 of the TCOTU series, No Way to Start a War, spans several star systems along the disputed zone between the Brevic Republic and the Hollaran Commonwealth: 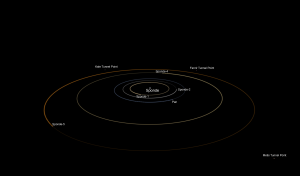 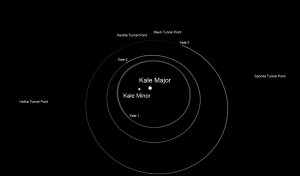 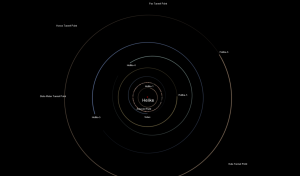