Driven, cool-headed and climbing the career ladder to the top of his field, Jake Marshall wants a coveted position on the busiest orbital in the Prime star system. He’s well on his way along with his gorgeous girlfriend, Tey, who can match his skill in the control room.

Yet things aren’t always as they seem. His best friend Sam can’t quite articulate the troubles everyone but Jake sees coming and Tey is sending her own signals about the future. Despite attempts to warn him about crossing the wrong people, Jake still can’t see past the blue dots on his scope.

In the aftermath, a woman in a far-flung system on the edge of explored space steps into Jake’s life. Keeva Burke infuriates Jake the minute he meets her, yet she commands space traffic like no other… and he can’t stop thinking about her. But while Jake still dreams of reaching Prime, Keeva doesn’t seem to have a care in the galaxy. Their nights together may be destined but their future depends on Jake seeing the signs right in front of him. Keeva is not at all who Jake thinks she is.

Released! Find it on Amazon, Nook, Apple Books and other ebook sites, or Read a sneak peek of Chapter 1…

Turning on Your Aircar

Map of the Solarian Federation 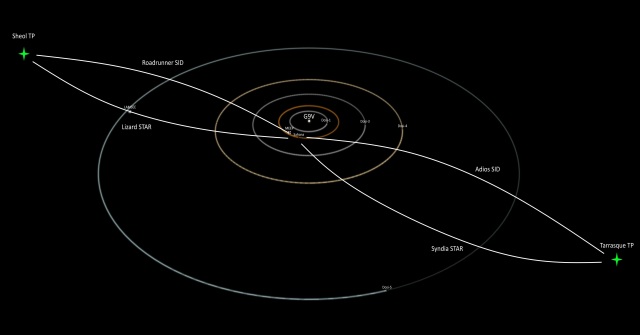