More Details About Tempered (a.k.a. “Scorched 2”)

Yvonne at Art4Artists outdid herself with all three of the new covers for the Scorched trilogy. Without further ado, I’m very proud to reveal the cover for Book 2, Tempered: 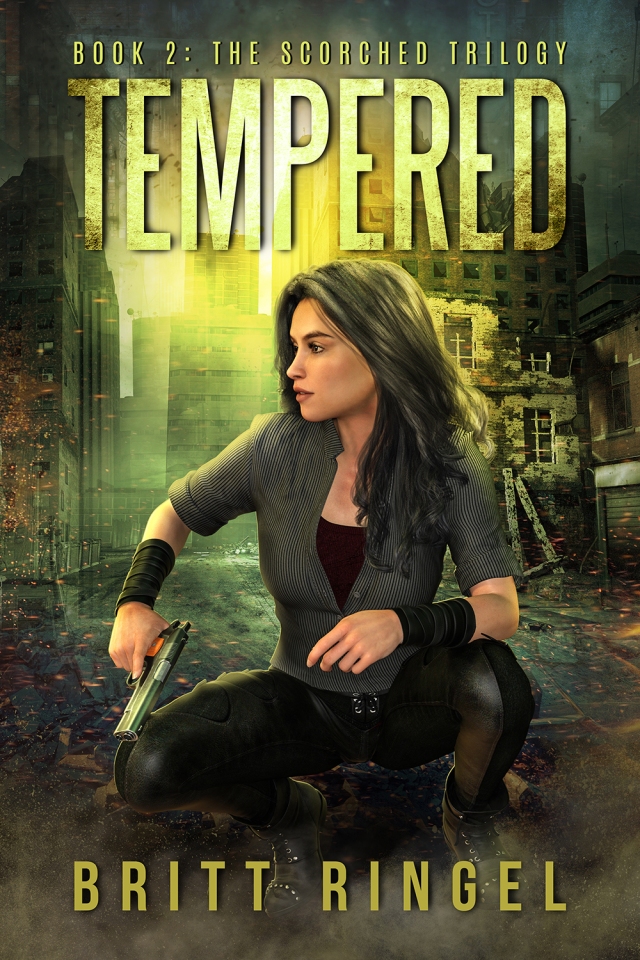 If you compare this to the cover for Scorched in the previous post, the progression in Kat’s appearance and demeanor is obvious at first glance and sets a fantastic tone for her evolving story.  Speaking of, where is she headed in Tempered?  We’ve drafted the description to appear on the pre-order pages, which will be up in early March.  Have a look:

Pre-Cat was the most important operative in the mysterious Pelletier’s Society. Desperate to start over, she scorched her memories and fled to the slums outside Waytown. All she wanted was an escape but her former keepers couldn’t let her go.

Kat has a new job at Porter Mining but her dreams of a normal life with her boyfriend Sadler take a back seat when the Society returns. They know where she is now and they’re sending everything they’ve got to finish her.

But not every operative on her trail follows the same agenda. Competing factions and old allegiances resurface and Pre-Cat seems to have been in the middle of all of them. If only Kat could remember who to trust.

The last of the beta readers reports back next weekend, after which we’ll finalize the release date for Tempered and announce it here.  Next week I’ll also be sharing a map (if you are a fan of This Corner of the Universe you know how much of a “map guy” I am) of the Scorched landscape and talk more about the setting.  Stay tuned!