Throughout the This Corner of the Universe galaxy, ships and orbitals use wall screens that have two modes of operation. In one mode, the screens show information relevant to tasks at hand like tactical plots on military ships in the TCOTU series and Hero of the Republic, or space traffic data in control rooms in Chasing Blue Dots. In the other mode, called “window-mode,” the screens emulate windows and show the equivalent dynamic images of what is outside. In writing my books, I envisioned this as how residing and working in space is made both functional and livable.

I had no idea “window-mode screens” already exist, but recently I was watching aircraft videos on Youtube. (I got my pilot’s license back in college and I’ve always been interested in military and commercial aircraft.) Check out this YouTube video from Emirates Airline:

There are fully interior luxury cabins with “windows” that show a feed of the exterior view, as if the cabin were on the exterior wall of the plane. Here’s a still image of these “window-mode” screens: 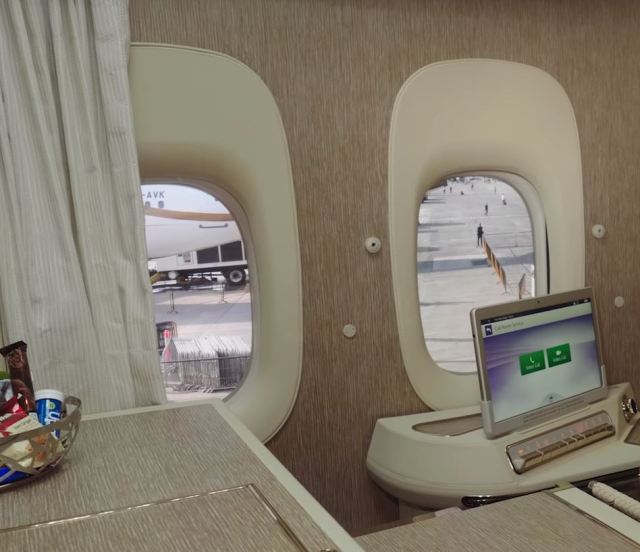 Of course, science fiction literature is full of imagined technology that eventually became real. Space travel itself, automatic doors, voice control, submarines, laser guns, and the like showed up first in science fiction before becoming part of our world. Window-mode wall screens are far simpler that most examples, but it was still fun to stumble across them in use today.