When developing the stealth technology for the new Brevic scout ships in Hero of the Republic, I decided that, rather than creating a cloaking tech like in Star Trek, I wanted something radically different. After careful consideration over how starships would detect each other, I quickly derived my t-stealth concept that the Brevics employed. After figuring out how the essentials would work, I tried to imagine how the technology would look when designing a starship.

I envisioned enormous, curved plates of some kind of alloy that were lined with sensor arrays and anti-stealth tech that would cover most of the hull. Although the image was crystal clear in my mind, I struggled with how to adequately describe it in the book. Then, while thinking back to my World of Tanks and War Thunder days, I realized that World War Two German, Panzerkampfwagen III and IV tanks were a great representation of the alloy side plates I saw with my mind’s eye. Hence, I used the term Schürzen side skirts to help provoke the proper image to the reader. 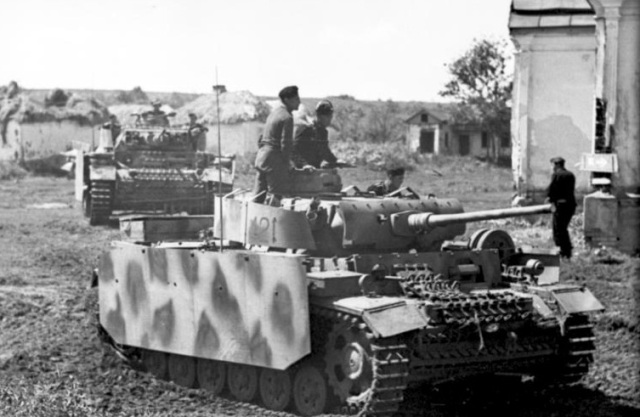 You can see the armor skirting protecting the hull and turret sides of this Panzer III. Image links to Wikipedia reference page.

Of course, spaced armor serves a completely different function than the Brevic scout ship’s t-stealth skirts but the imagery was absolutely wonderful for WW II enthusiasts. Incidentally, the scout ships’ designations of SS-1 and SS-2 also helped evoke the game of cat-and-mouse Pathfinder had to play in the Junction system, similar to the games of detection/avoidance of WW II submarines.

This entry was posted in Military History, Ship Details and tagged Hero of the Republic, starships, writing. Bookmark the permalink.
Loading Comments...
%d bloggers like this: